React and Front-End software trends every react software consulting should be aware of, and what are the alternatives to React

Front-end is a really comprehensive concept covering a lot of issues, including the design, animation, structure, and behavior of the page or web application, we could say that everything you see on the screen is due to developers using front-end technologies and the goal of these developers is to provide the best user experience possible. What is more, when we take into consideration the need for making the development process more efficient we can clearly see why were front end frameworks created.

There are large numbers of frameworks available that compete to be the best tool for front-end development, yet there can only be one king – React. Despite being classified as the best framework for front-end, it cannot rest on laurels, the competition is right behind him.
We will try to give you an overview of the trends in React and front-end software development and present React’s alternatives.

React is a declarative, efficient, and flexible JavaScript library for building user interfaces created and developed by Facebook. It is component-based which means you build encapsulated components that manage their own state, and then compose them to make complex UIs. But what really makes React so popular?


There are large numbers of frameworks available that compete to be the best tool for front-end development, yet there can only be one king – React.

It might be hard to track all the quickly developing technologies so below we present you a list of trends that we at DevsData believe should be looked forward to in a few years.

It is a powerful syntax that allows loading modules on demand using promises or the async/await. You could for example:

The problem of growing front-end applications is state management. Redux and MobX are two libraries representing two different approaches to solving the mentioned problems. Redux is based on Flux architecture and functional programming. Its fundamental rules are:

MobX is managing the local state within your app, with the help of TFRP (transparently applying functional reactive programming) Its fundamental rules are:

It is a redux middleware library that aims to make side effects of your application easier to manage, more efficient to execute and better at handling failures. It is achieved by the use of Generators that allow writing asynchronous code look synchronous, which is very easy to test.

It was observed that native mobile applications, can attract visitors, but keeping them becomes a problem. There are two solutions in the market that keep gaining popularity:

They are mobile websites that give you a user experience as a mobile native app would. It means that they look and feel the same, except you do not need to install the application on your device.
Google company states that PWA is supposed to meet 3 conditions:

It is an open-source medium used to improve loading times and overall performance of the website eventually positively affecting user experience. This can be done thanks to the method of building web pages for static content.

More and more interactions with our devices can be made using voice, some even think that in the near future Voice interface will become a valuable alternative or even a replacement for traditional graphical user interfaces. Voice search resolves around having your device understand what you say and acting upon it. This is a more natural way of interacting with digital products, as it simulates a talk with a human.

Everyone knows one of the most basic principles of software development which is DRY (Don’t Repeat Yourself), but do not get fooled. Saying that something is basic does not mean it can not have power usage. We are witnesses of evolution from reusing code to reusing whole authentication services like auth0.

Data is a massive asset to hackers so it should not be a surprise that ensuring safety requires design effort across thole website from a server configuration to a front-end code. The most important threats you should keep in mind are:

If you want to conquer with frameworks like React you not only need to have something that stands out but also not have major issues.

There are a bunch of javascript frameworks besides React, but taking into consideration everything that Reacts brings to the table it is not an easy job to chose its alternatives. So let us take a look at some other popular front-end technologies that look to conquer for the top spot:

Angular is an app-design framework and development platform for creating efficient and sophisticated single-page apps. It was invented to decouple an application’s logic from DOM manipulation, and aimed at dynamic page updates.
Advantages:

Vue is a progressive framework for building a user interface that was designed to be incrementally adoptable.
Advantages:

Inferno is designed to be a light-weight and blazing fast React-like Javascript library for building modern interfaces.
Advantages:

Sometimes you do not need all the features huge tools like React offers. It can be replaced with something significantly more modular that does cover more of your needs. Here are few microframeworks that could be a good fit to any front end developer tech stack:

If you want to conquer with frameworks like React you not only need to have something that stands out but also not have major issues. It requires a great effort to meet these requirements and we have observed that some frameworks did not manage to do so. That resulted in the fall of their popularity and eventually abandonment. Ember is a good example. It used to be quite a  popular framework with scalable UI architecture baked-in from the start. The problems that caused Ember’s fall were:

With the constantly developing front-end technologies, it is a key for a software consulting company to keep track of the trends that are born. There are several websites which can help a React company follow the latest news. Being up to date not only guarantees that the company can provide its services in the most efficient way but also can provide the solutions which are standing out in the market.
Everything you see on the screen is due to developers using front-end technologies and the goal of these developers is to provide the best user experience possible. 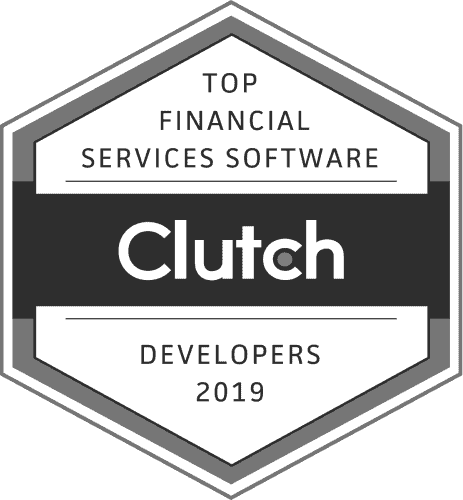